At Turning Point Consulting we seek to develop people’s potential by offering both NLP counselling/psychotherapy and supervision (click on the "Counselling and Supervision’ tab for details) and through training people in NLP knowledge and skills (see below).

NLP stands for Neuro-Linguistic Programming, an unusual name that conjures up different things for different people. (See the document "A Brief History of NLP’ below for information about its roots) Holly and Peter have found it to be a treasure trove of ideas, principles and skills with a transformative potential that goes beyond anything else we have ever encountered; that’s why we have both studied it to the level where we can train others to weave it into their personal and professional lives. Both Holly and Peter are INLPTA certified trainers of NLP, and Holly is a UKCP registered NLPtCA accredited psychotherapist. NLPtCA is the professional body for NLP psychotherapists.For more information on INLPTA (The International NLP Trainers Association) go to http://www.inlpta.co.uk. For more information on UKCP and NLPtCA, go to http://www.psychotherapy.org.uk and http://www.nlptca.com. 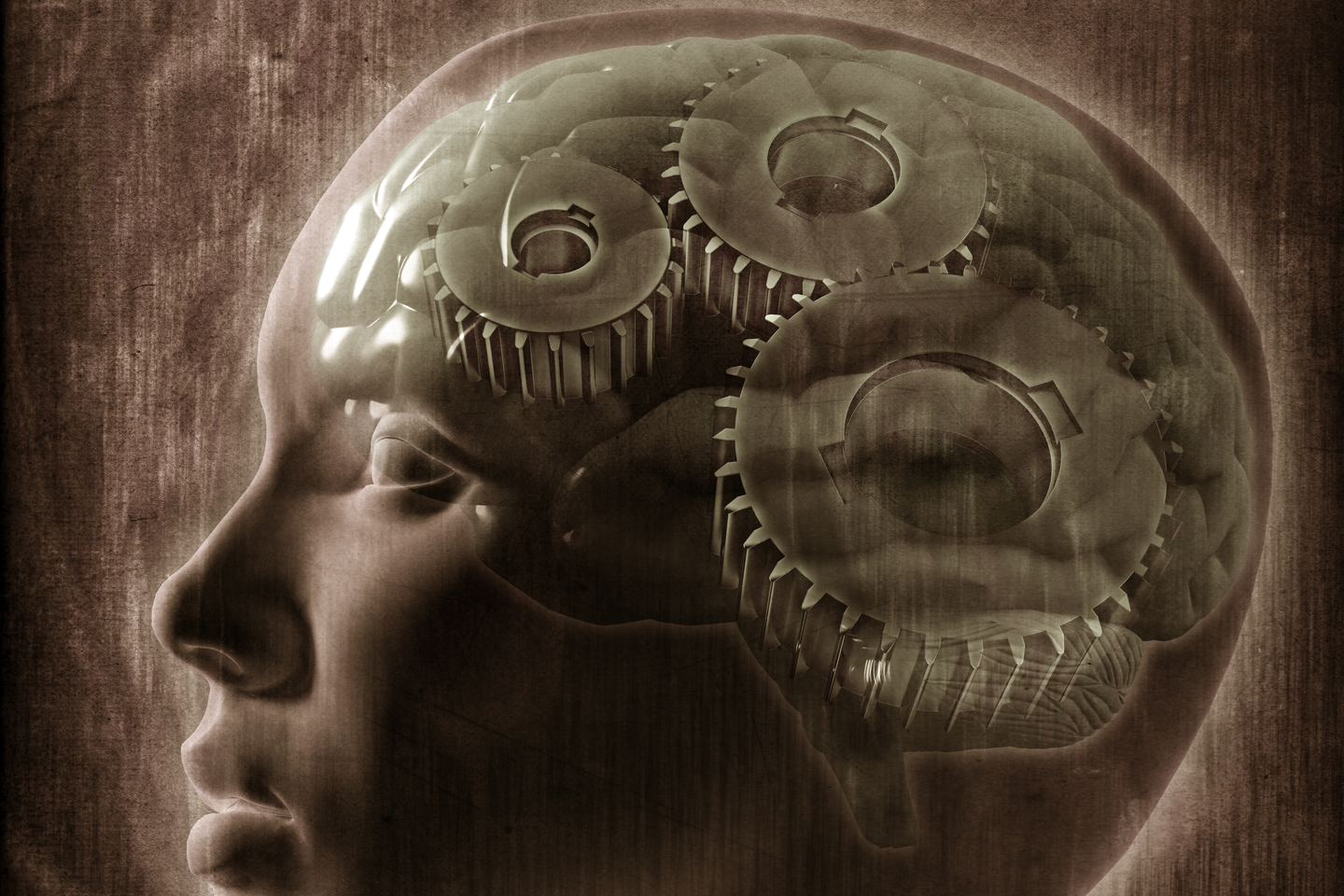 INLPTA Diploma in NLP for information on the INLPTA Diploma in NLP, go to http://www.inlpta.co.uk/certification.htm. Our presentation of the Diploma is distinctive in emphasising ways in which the knowledge and skills gained can be employed in counselling and psychotherapy contexts.

Learn about some of the fascinating ways in which your mind works and use the knowledge to make the changes you want for yourself and your clients. This is a one-day course introducing some of the most powerful NLP patterns that transform feelings and thoughts in positive ways. Everything you learn will be developed through practical exercises in small groups, and a full set of course notes will be provided.

If you or your clients want to be more confident then this is the day for you. Come and learn how to develop confidence-building attitudes, how to access empowering "states’ and use transformational language to change the way you feel about yourself and the world. Everything you learn will be developed through practical exercises in small groups, and a full set of course notes will be provided.

GROWING INTO A NEW YOU

A one-day course on discovering creative, effective and lasting ways of clearing past limitations, resolving internal conflicts and realising personal potential. Everything you learn will be developed through practical exercises in small groups, and a full set of course notes will be provided.

This day will enable you to gain a better understanding of the different ways that people make sense of the world and to use that knowledge to make your communication with others more enriching, more effective and more empowering. Everything you learn will be developed through practical exercises in small groups, and a full set of course notes will be provided.

We offer these courses in response to requests from organisations and, sometimes as free-standing days that will be advertised on this website. Contact us if you want to arrange for a presentation of one or more of them to your group.

What participants say about our trainings:

A Brief History of NLP

Histories of NLP tend to be a mixture of fact and fiction. Here's a bit of both.

Once upon a time, an intelligent, irreverent and precocious young man named Richard Bandler was doing graduate studies in computer science at the University of California. One of the ways he made a bit of extra money was by editing books and one of the books he happened to work on was about the Gestalt therapist Fritz Perls. Bandler quickly came to the conclusion, after watching Perls in action, that he too could effect therapeutic change using Gestalt methods. He did not undertake Gestalt training, however. Rather, he concentrated on what Perls did, not what he said he did. It seemed to Bandler that it was often the case that Fritz got his results in ways that were actually out of his own awareness, so his explanations often lacked one or more of the crucial ingredients.

On the basis of his insights and his own self assurance, Bandler started running his own Gestalt seminars. A participant at one of the early seminars was transformational linguist, John Grinder, who was intrigued by the language patterns that Bandler employed. The men soon began swapping ideas and a new project was born: to identify and make explicit principles of effective communication that can be employed by therapists of any persuasion to improve their work. The first fruits of this collaboration appeared in 1975 in the form of a book entitled The Structure of Magic: a book about language and therapy. This attempted to identify the patterns and structures underpinning the seemingly 'magical' transformations that certain therapists were able to elicit from their clients. Perhaps the most influential of the therapists they studied before publishing The Structure of Magic was Virginia Satir, a family therapist. Shortly afterwards they collaborated with her on Changing With Families: a book about further education for being human (1976).

Whilst Bandler and Grinder were working out the details of their procedures for learning about the means by which exquisite communicators got their results, which they called 'modelling,' one of their mentors at the university, Gregory Bateson, arranged for them to meet Milton Erickson, who was widely recognised as an outstanding hypnotherapist. Other books followed in quick succession: Patterns of Hypnotic Techniques of Milton H. Erickson M.D. (Vol 1) (1976); The Structure of Magic II a book about communication and change (1976), and, with Judith DeLozier, Patterns of the Hypnotic Techniques of Milton H. Erickson M. D. (1977).

It was, to say the least, an exciting time. Other talented young collaborators soon appeared on the scene, most notable of whom were Leslie Cameron and Robert Dilts. More books and workshops followed, this time under a new label: Neuro-Linguistic Programming. For many people the name is off putting, so NLP trainers usually spend some time commenting on it. On the one hand, we have the kind of explanation that focuses on precision. The words 'Neuro-Linguistic Programming' convey the essence of what happens in transformative interactions. On the other are those artfully vague yet evocative formulations such as 'the art and science of personal excellence.' And then, much loved by many, are the anecdotal stories about Bandler seeking a way to run hypnosis seminars in states where he wasn't qualified to do so. 'I'll just call it Neuro-Linguistic Programming then.' Take your pick.

Training in NLP was formalised, though it's still evolving, in 1978 with the creation of The Society for Neuro Linguistic Programming and three levels of certification: Practitioner, Master Practitioner and Trainer. Subsequently, the level of Master Trainer was added and the Practitioner programme divided into two parts: Diploma (essentially a brief introduction to some of the basic principles and procedures) and Practitioner (the remainder of the original Practitioner training), though not all NLP training organisations offer Diploma level training. The International NLP Trainers Association (INLPTA) was founded in 1992 to provide a core curriculum that was firmly grounded in all of the core NLP developments (many trainers had begun to introduce a range of non-NLP material into their trainings), and to establish base line standards of professional and ethical conduct.

NLP first came to the attention of British therapists in 1979 when Gene Early presented a paper on it in Brighton, and subsequently offered a number of workshops. In 1981, David Gaster was invited to run an NLP workshop and in 1982 the first British Practitioner course was launched. Since then many Britons have trained to Trainer and Master Trainer level and courses have proliferated. It is now possible to gain all levels of certification without leaving Britain. Trainers, of course, differ considerably in their personalities and training styles, so it is probably more of a challenge to select the right course for you than it was twenty years ago. The benefit is that you probably won't have to go too far to take it.

In Britain, the Association for Neuro-Linguistic Programming (ANLP) was formed in 1985 as a kind of umbrella association for NLP in Britain. They produce a journal (Rapport) and hold regular conferences for anyone interested in NLP. See their web site for details. The UK branch of the International NLP Trainers Association (INLPTA UK) was established in 1994 and offers annual Trainer and Master Trainer Trainings which attract participants from all over the world. The INLPTA web site can be accessed here.